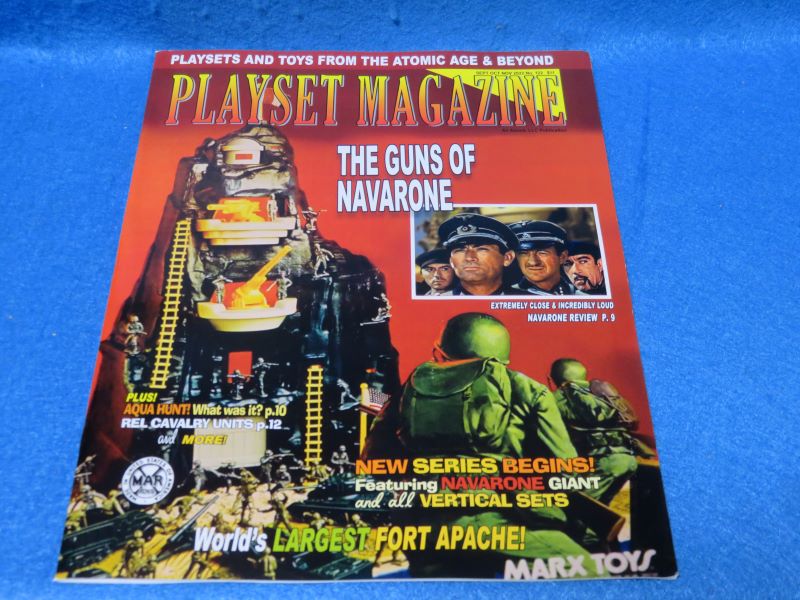 PSM#122  Playset magazine issue #122 dated Sept,Oct,Nov 2022. A high quality 35 page all color magazine. It covers all the Marx and other maker "Guns of Navarone" playset versions. Debuted in 1974 set #3412 by Marx. Highlights a large 25" tall mountain that holds German gun batteries. It was a big seller so Marx continued to re-release other versions with slight chances right up until they went out of business. Starting around 1980 Mego, JC Penny, Natco and Rainbow continued the set through the 1990's.They are all covered and many photographed in this issue.

Also covered are the 1950's REL cavalry boxed sets , as well as some great collector diorama set ups like a huge Fort Apache and an interesting Alamo.

All the news and views of the playset hobby. 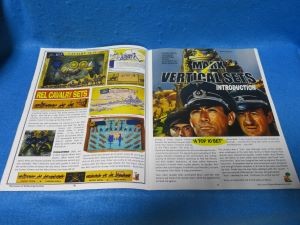