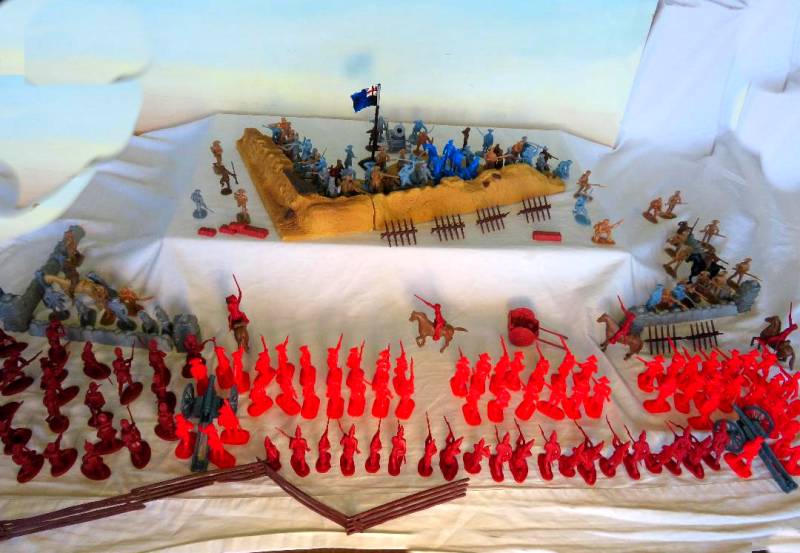 It's June 17th 1775: 1,200 untrained Colonial troops faced the best of the British Army. It has been two months since the battles of Lexington and Concord and this time the out numbered Colonials faced almost 3,000 British regulars at Bunker Hill. Now you can recreate that battle with our New Bunker Hill Playset.
This set comes packaged in CTS standard generic litho box.
CTS903C 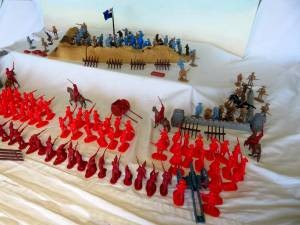 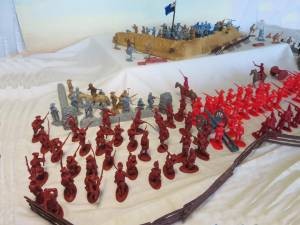 British
32 - Armies in Plastic British Infantry
16 - Barzso British Regular Army
16- Barzso  British Grenadiers
34- CTS Hessian infantry
4- CTS horses
12 - Armies in Plastic British Artillery men
Total of 110 figures plus 4 horses
Please Note:  On orders being shipped to: CA, WA, OR, NM, AZ, ID, MT and UT the shipping charge to those locations will be $20 to $30 higher than our normal stated shipping price this price reflects the actual shipping charge to those States. We wil only charge you the additional amount that it costs to ship the set