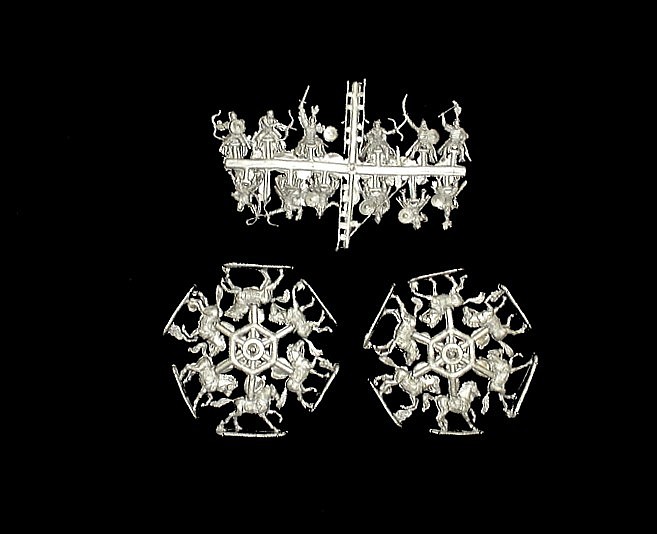 ORION Cumans and Pechenegs -- 24 pieces (72034) (1:72 scale) plastic toy soldiers.
Cumans were nomadic warriors on the steppes north of the Black Sea. They brought pressure against the Byzantine Empire in the 11 Century and fled to Bulgaria under pressure of the Mongol Invasion of the 12 Century.
The Pechenegs predated the Cumans in he same area.